Saint Petersburg has a foot in Russia and one foot in Europe, for an occidental, the cultural difference is already there. Built by the tsar Pierre the great, based on a western culture, Saint Petersburg is a true jewel. Do not care too much about locals behaviours which can sometimes seems hostile, it is just they way to act and it is not neccesarily them scorn you. For an european the city is both familliar and strange at the same time. In my opinion it is what this extraordinary city’s charms is. Between the wonderful architecture and the lushy garden, you will be amazed in summertime. By wintertime maybe the big russian cold weather will seduice you. If you you are lucky enough to make a petersburger your friend it could be one of your best for your life. 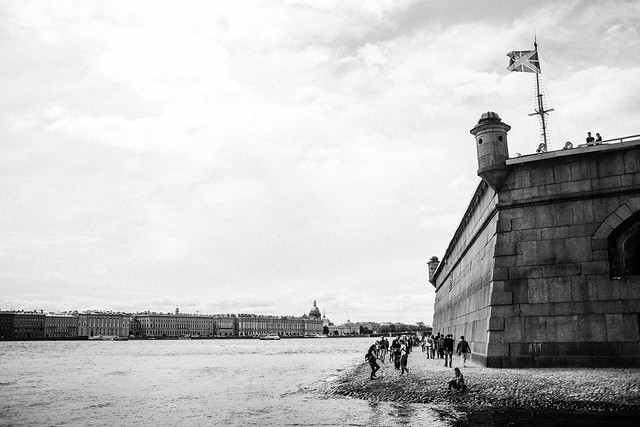 Right in the middle of the city, the island set several historical places. The military past of the fortress is only symbolic and at some fixed hours there is a parade showing you the hability of the russian soldier with a gun with on their hands. You will also find the Peter and Paul church where are buried the russian emperors. The place served as a prison with one of his most notorious prisoner being Dostoievski. There is also a torture museum which can be a nice small visit but not unmissable. The spot from the ramparts will give you a nice view to the city, the Neva and the Hermitage museum. Finally you can find the Saint Petersburg municipal museum. 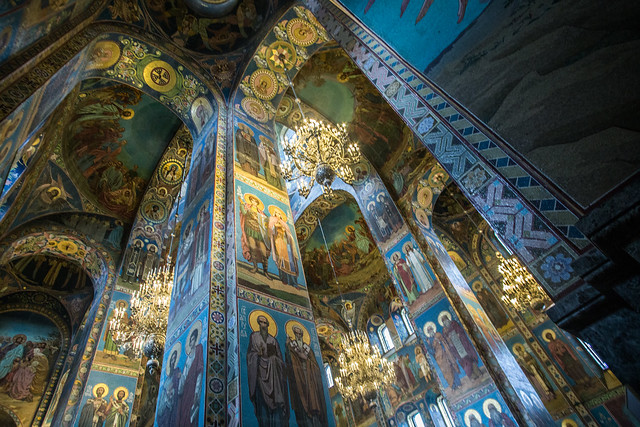 Religion is pretty strong in the russian culture. Saint Petersburg’s chruch are some of the nicest of Russia. But if I should choose only one, the church of the spilled blood would be my choice. Easily spotted with its multiple colored domes. Get ready for a shock when you come in, the walls are highly decorated. Gold, blue, there is not an inch which is not painted. The glidings are astonishing. Wherever your eyes will set, you will understand the importance, Russians are giving to their cult by seeing how much work they put in it.

Hang out in the city 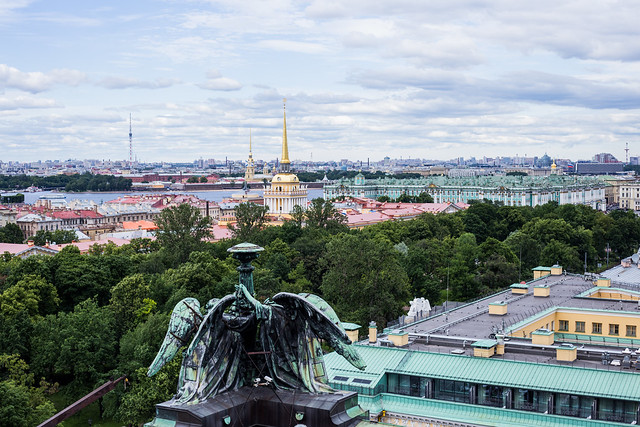 For those who like to impregnate the mood of a city, Saint Petersburg is ideal. A simple walk in the streets is an experience. To begin, because they use cyrillic alphabet, all the panels and storefronts will give you the feeling to be lost. Impossible to know what’s inside a building except if you look inside. Because the city was built for opulence, the big avenue are amazing and airy. It is perfect to discover the city by feet. To finish with a little bit of shopping, look for a chapka, amber jewellery, Russian dolls or a memories from the URSS times.

The picture gallery can be found here.